This house is totally independent from the other two houses. In the living house, you can obviously detect the free style according to which furniture and decorative items were selected.

The typical built-in sofa-beds obtained a unique character thanks to the colourful suzani textile on the wall that was bought from the markets of Damascus.

The rustic style of the fireplace is in contrast with the modern cuisine that is fully-equipped, fulfilling every need for tasty delights.

The bedroom with the large built-in bed has traditional style enriched with modern elements. 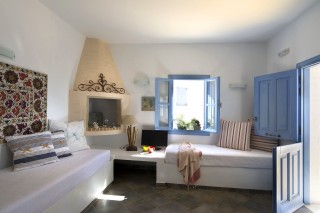 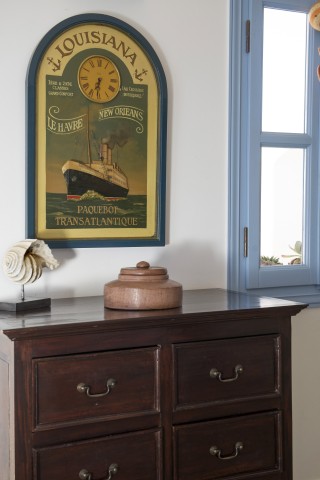 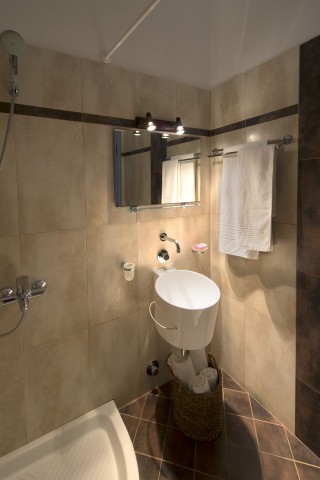 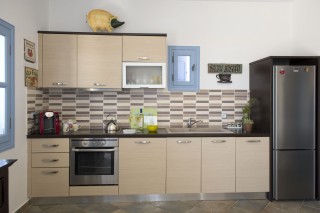 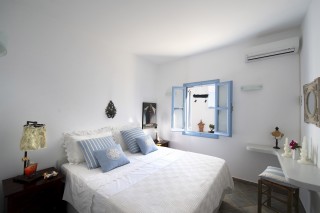 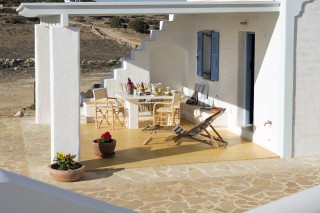 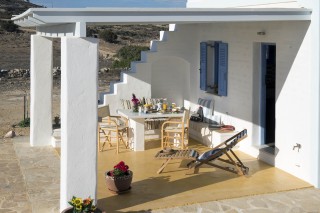 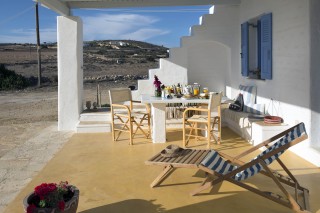 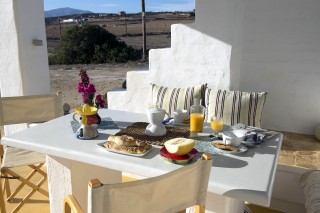